Get in touch with our team

Thomas brings valuable experience gained at Munich Re into the equation. At their Singapore office, for instance, he developed innovative climate change adaptation products which have been awarded by various institutions. Prior to that, Thomas was responsible for underwriting Munich Re’s Korean and Japanese marine and offshore risks.
Thomas joined Munich Re from Willis Towers Watson, where he was active as account and risk manager. At that time his work on complex risk was honored with an innovation award. Thomas began his (re)insurance career in 1996 at Mannheimer Versicherung, Germany, as marine underwriter for national and international transports. 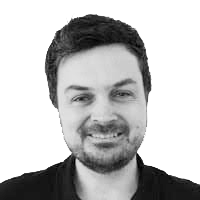 Franz also hails from the Munich Re Group, which he joined in 2002. Besides the roles of Senior Portfolio Manager and leader of an expert group on political risk, Franz held the position of Senior Vice President within the Global Credit Solutions team.
Working with multilateral finance institutions, Franz developed innovative risk transfer solutions to mobilize private investments in emerging and developing countries. His in-depth expertise in credit enhancement, primary insurance and reinsurance as well as the success of the various released projects were instrumental in the lead-up to the spin-off from Munich Re. Franz holds an MBA and a PhD in Finance.

Do you need to file a complaint?